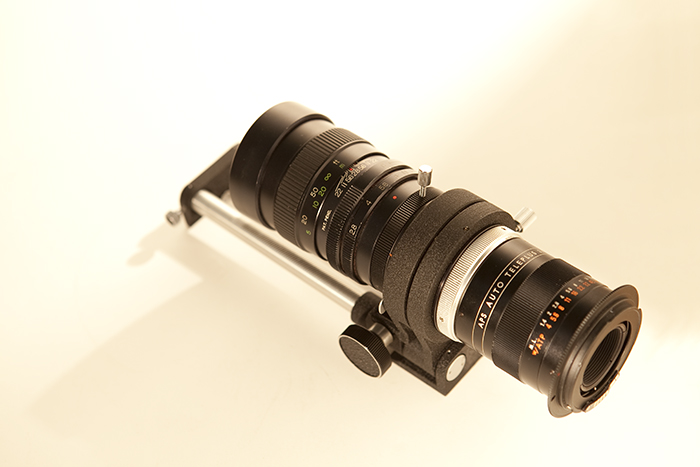 This is a macro rig I put together while playing around with ideas for the tilt shift. The lens is a Focal 135mm T2-mount with an Exakta bayonet so that it will fit on the Topcon macro rail. The Topcon rail then has a custom adapter so that I can mount a Pentax (M42) t-mount to it. From there I used an M42 to EOS EF mount so that it could all be neatly mounted on the camera. I occasionally threw in a 3x APS Auto telephoto adapter just to see how much magnification was possible. All of the shots here were taken hand held with mostly available light or light from a nearby lamp. I know the images would\ could have been sharper if I had used a tripod, but that’s not how I’d normally shoot macro anyway so I figured I’d try it exactly how I would be using it in the field (literally). I honestly didn’t expect some of the decent results that this cobbled together rig was able to produce. I mean, I bought a camera off Craigslist with the 135mm, 3x, and 55mm 1.4 for $35 and thought the Focal 135mm t-mount to M42 lens was a piece of junk that I’d never use. After playing with it on the macro rig I thought it was a piece of junk I might actually use! Go figure.