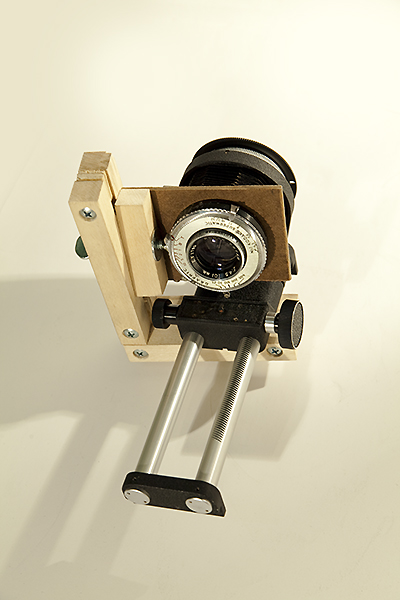 Does it look like the same topcon tilt macro rig as I had before? Well yeah, but there are some key differences. My last rig required a grip to get the clearance necessary for the lens to tilt, but this “new” version doesn’t. It also fits my Canon 5d ii and will fit any camera you can mount an M42 (Pentax Asahi) lens to (which means almost all slr cameras on the market). There is a problem with flare though and I haven’t gotten the chance to narrow it down to see exactly what the problem is, but some of the problem is that I switched to a non coated (non “lumenized”) Kodak Ektar 101mm f4.5. So far, I don’t think this lens is as sharp as the previous coated 101mm lens I used and the lack of coating may also have a small hand in the flare problems as well, but I wanted to post up my findings either way.