&#160 &#160 &#160 &#160 So the little man isn’t quite two yet, but we wanted to dress him up for Halloween. Being that Mickey Mouse Clubhouse is his favorite youtube past time and basically the only show we let him watch at home, it was the logical choice that he go as Mick (as Ace calls him). Now there are easy routes to go for acquiring a Mickey costume, but in an effort to be thrifty and crafty Leslie put together a costume for our little man from various odds and ends clothing topping him off with a set of ears from Amazon for the finishing touch. His tail was black velvet ribbon and his shows and buttons were yellow felt fabric. The red shorts were originally pants that were cut and hemmed with the black shirt and tights being off the shelf items. The combination made for a pretty adorable Mickey in my opinion and he seemed to really like having a tail. The fact that he was dressed like his favorite mouse was just a bonus.

As a side note, He finished off the entire tootsie sucker all the way down to the stick under the supervision of Mom and Grandma and it only took him around 45 min give or take (grass removal factored in). 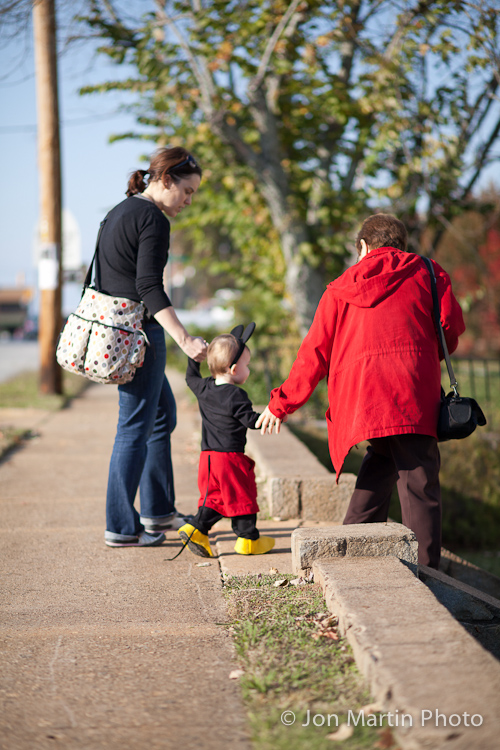 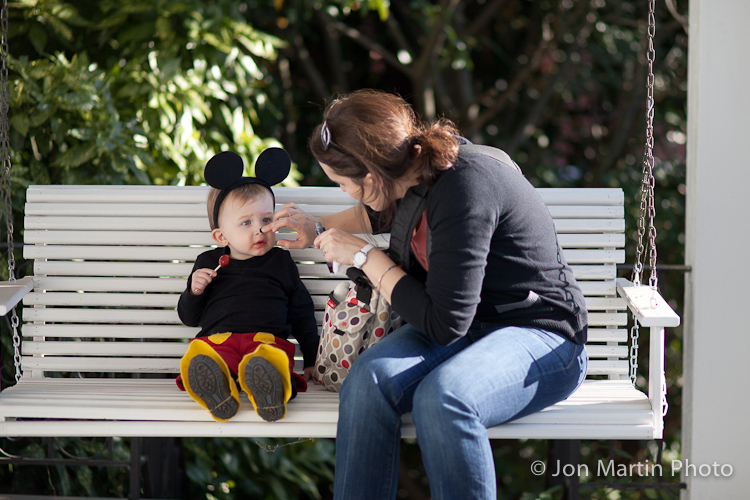 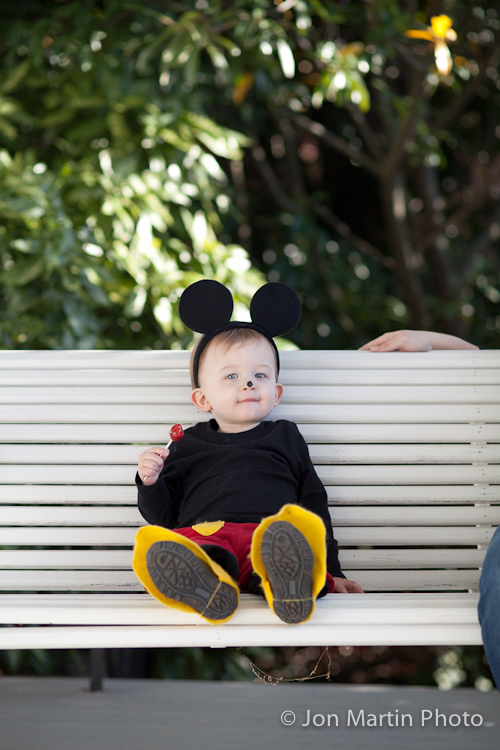 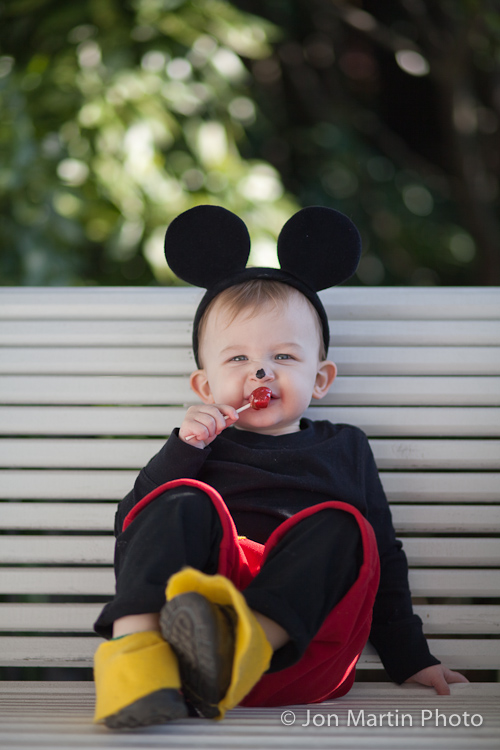 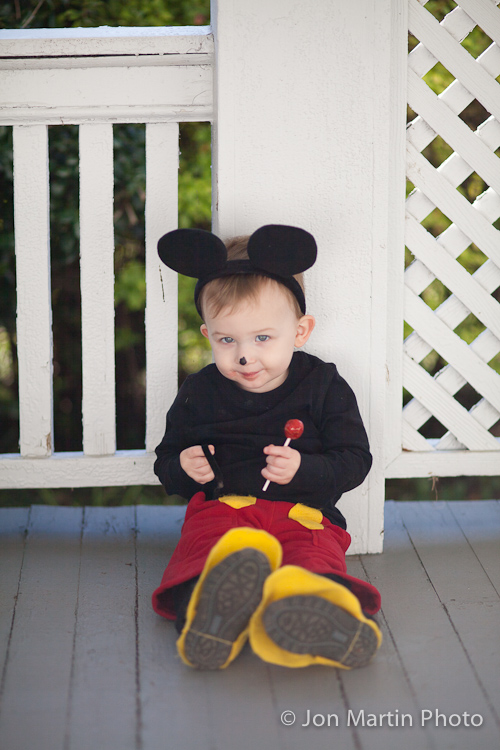 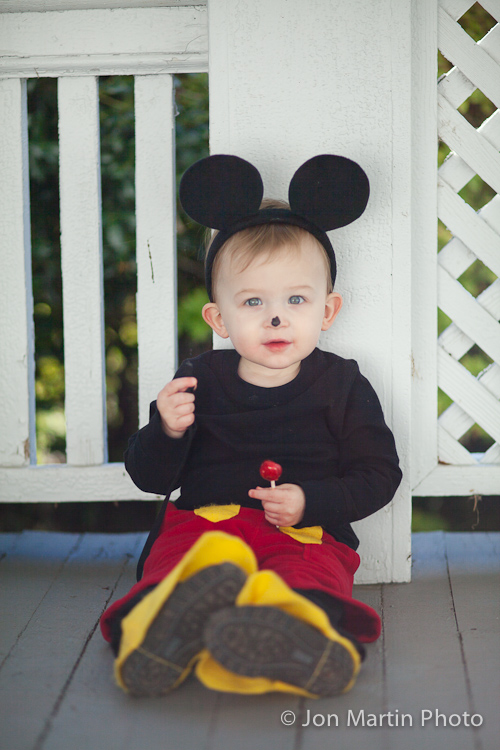 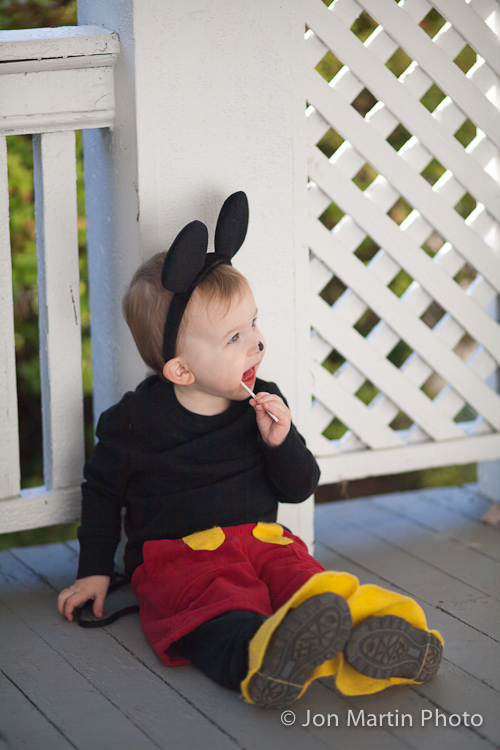 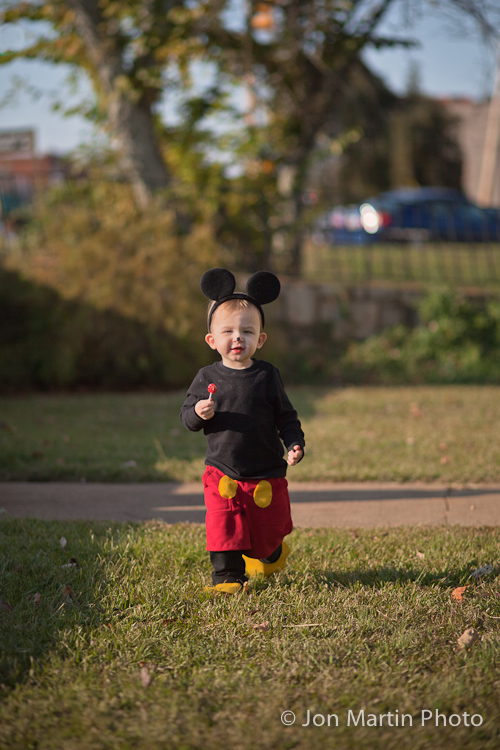 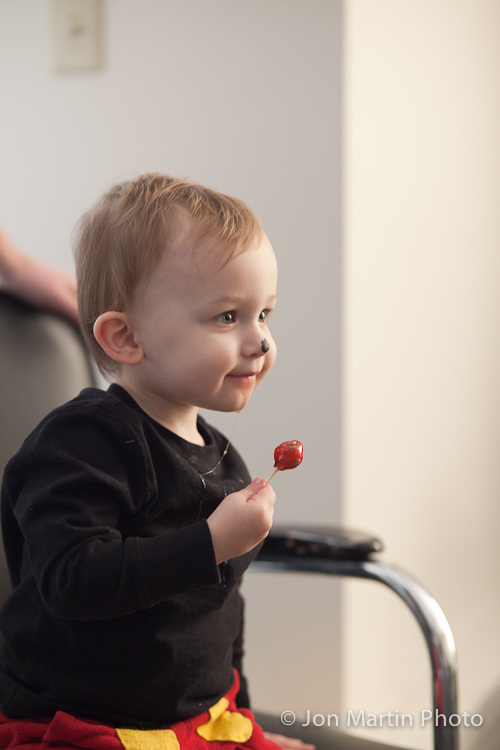 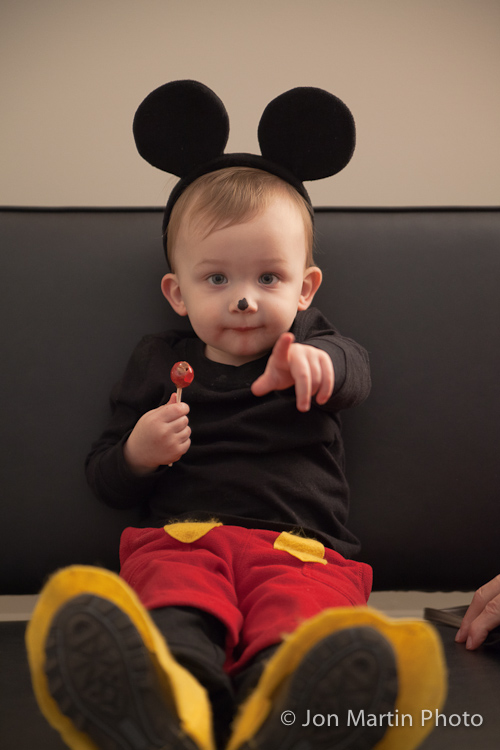 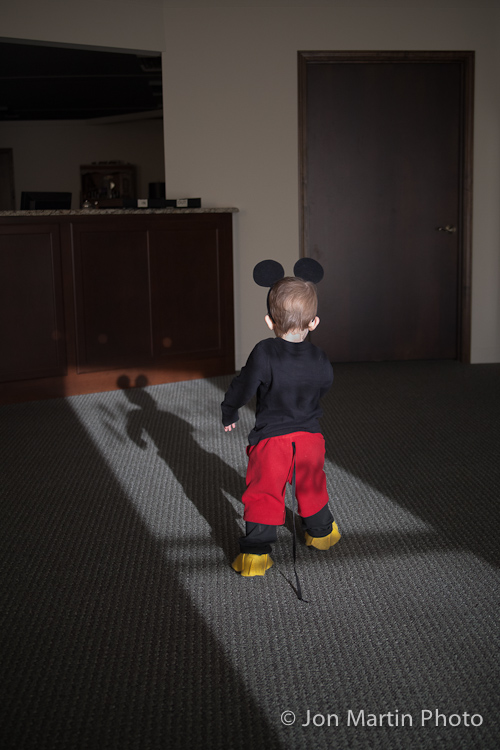 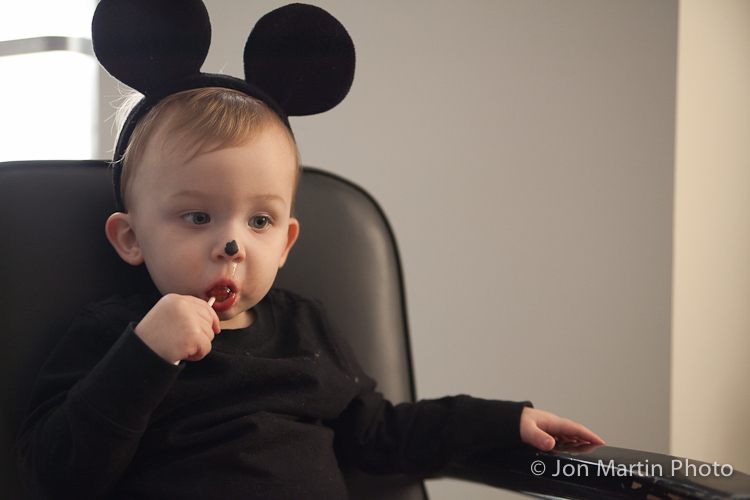 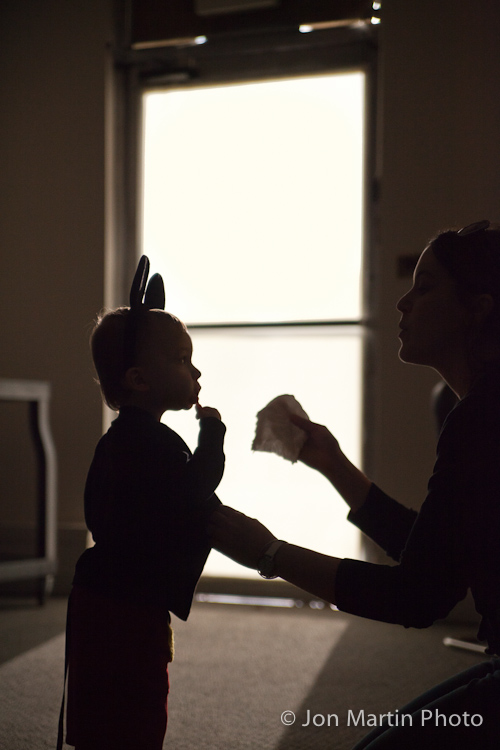 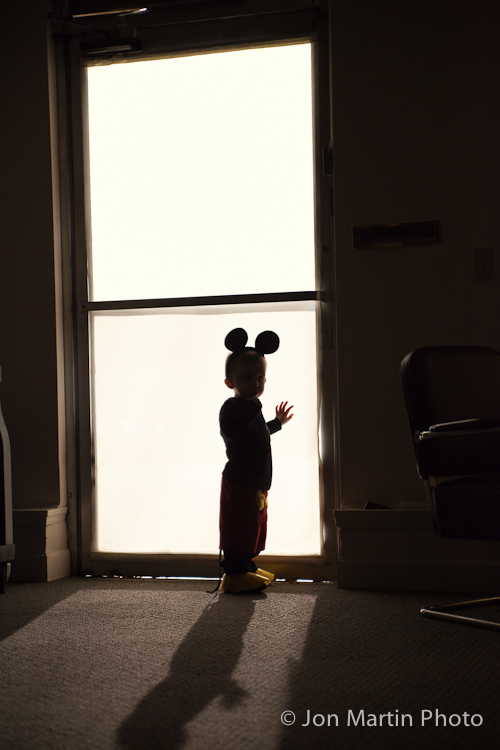