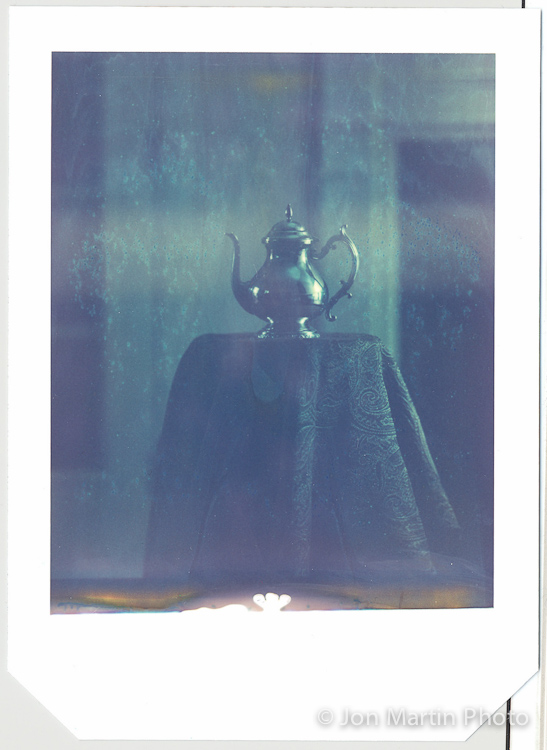 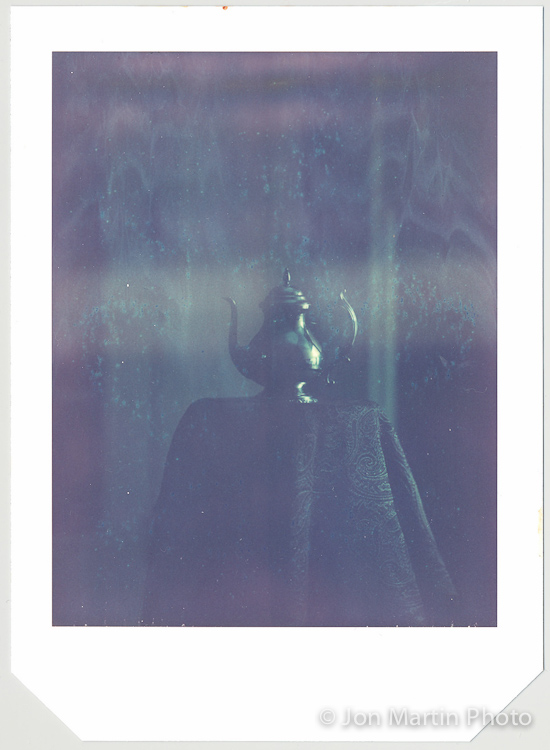 I’ll try to keep this simple. Ross No. 4 lens (15″ FL) from 1860’s + Calumet 4×5 Camera + 2 tripods + some “interesting” rigging = how I got the pictures above. I don’t recommend this set-up for ease of use, but it did it’s job. Explanation of what is going on: The dark cloth was rubber banded and pinned for use as bellows material, the bracket on the tripod was made for my diy tilt shift rig that I never got around to using, the black rubber band is actually an old bike inner tube that I use for purposes just like this, the towel is cotton, and the duct taped folded wheel protector cardboard has black felt taped onto it for use as a lens cap/ shutter. The film was well expired Polacolor 64 with around a 3.5 to 4.5 second exposure. By the way, that’s not a light leak; this particular box film had the same line on almost every sheet of film and the other film I used had no similar quirks. Take it or leave it, this was a fun little one night project. 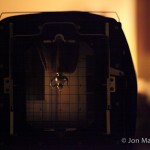 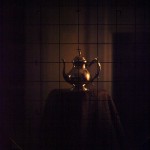 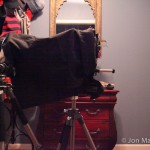 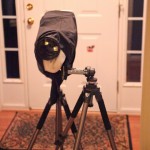 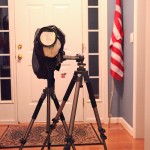 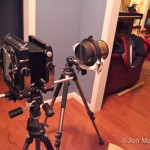 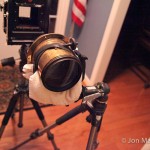 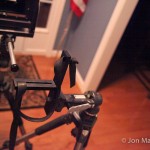 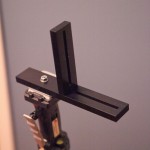 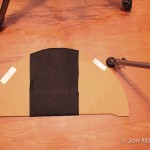