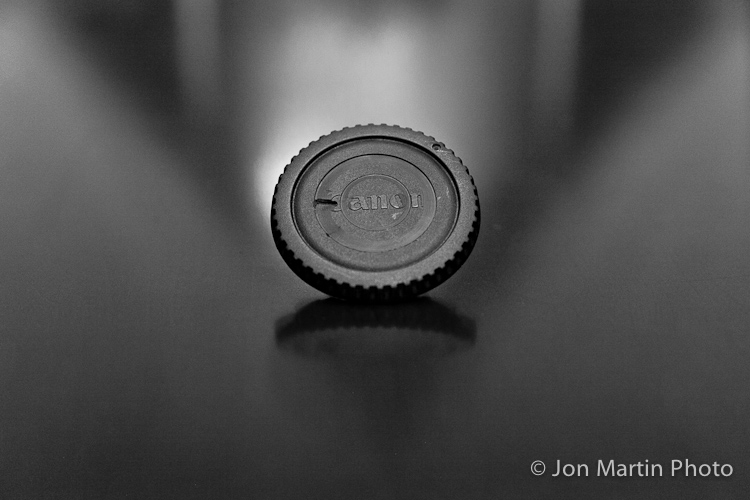 PC-GF30 Reinforced Polymer….this is what Canon makes the body cap for the 5Dii out of. This is something I’ll remember for a while as I got a small scare when I went to cut a hole in it on the lathe. The last body cap I cut on the lathe was a generic ebay Nikon one and I had no trouble. When I tried to cut a hole in the Canon though, it caught on the cutting tool, jammed, then busted the lens mount and went shooting out. To say the least I was a little shocked. I didn’t get hurt nor was I close to getting hurt, but it was a little surprising. After inspecting the body cap, I found the letters PC-GF30 which after a minute on google I learned is a glass reinforced plastic. If I had known this before I started, I would have started a much smaller hole then enlarged but hey, that’s life. After a quick ebay order for 5 generic Canon body caps for $3 I was back in business a week later cutting it out with no problem. This body cap is going to be used back on the Ektar tilt shift for the 5dii that I haven’t had working in a while due to ghosting flares caused by my current set-up which I will post up again shortly 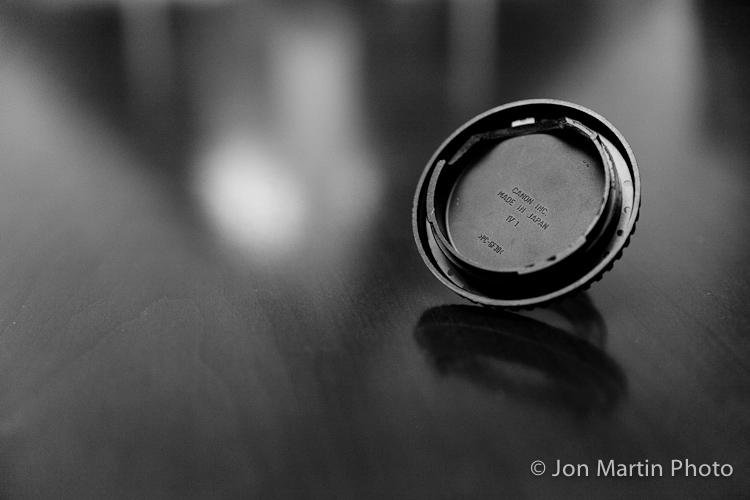 Yeah…..so after a few months off for reading the Harry Potter series (again) and taking care of baby, I decided to start posting again (If for no other reason than to type out what I’m thinking). Todays “what was I thinking” is if you’re editing the same image or design, save the new edit based on it’s date. Now to some people, this is basic instinct, but I’m a little slow sometimes. I normally have an original.jpg and then edits named originalA.jpg and so forth with each edit being a resize or different style. While it still seems easy enough to find the last thing you were working on by the date the file was worked on last when sorting the files by details….blah…blah…blah. You get the idea. Just put the date original6-2-10.jpg and make it easy on yourself. I’ve found putting an “f” for flicker or “p” for print also makes it even easier to find the file you’re looking for. If you’ve got a better way, tell me so I can stop looking like a doofus. Please!